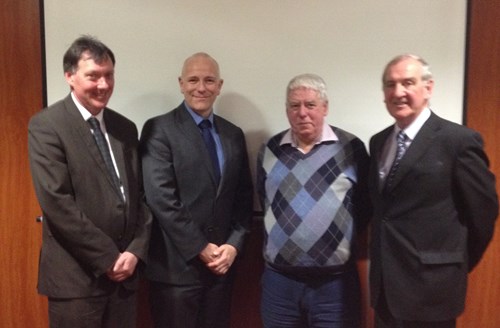 Two St. Joseph’s Hospice (Jospice) trustees are stepping down from the board after a lengthy service to the charity based in Thornton.

Jeff Pedley, consultant at Whitfields Solicitors in Formby, will retire from his position after 14 years as a member of the hospice’s board of trustees and a member of the board’s finance committee.

Brendan McLoughlin, head teacher at Maricourt Catholic High School in Maghull, will also step down after 11 years service. Brendan has held several roles during his tenure, including chair and vice chair of the charity. He has also been a member of the finance committee for several years.

George Foster, Chair of Trustees at St. Joseph’s Hospice, said: “Jeff and Brendan have served on the board of trustees for many years and have both made significant contributions during that time.

“I would personally like to thank them for the contribution they have each made to the hospice and for the support they have given to other board members over the years. We all wish them the very best for the future.”